The audience reaction was great. Hats off to the LSFF for programming. We were showing in an all sci-fi strand, which seems to be the perfect context for our little Trojan Horse.  By the time CONTROL came on the audience had had a heavy dose of  zombies / replicants and slow-paced, moody post-apocalyptical urban wastelands.  Then BLAM!   CONTROL hit them between the eyes. The opening fight / chase sequence was like a shot of adrenaline.
There was an audible gasp when Philip dropped through the portal and appeared on the beach. And, best of all - delighted laughs of disbelief when they realised that everything they’d seen thus far was taking place within a game. The disbelieving laughter continued through each of the twists in the end section.  They knew they’d been had and had again - and they were tickled by it.
I’m sure CONTROL will play well in other contexts, but that screening convinced me that sci-fi strands / festivals are very likely going to be an ideal setting.  That sort of audience certainly ‘get’ it - while the speed and the humour are likely to make us stand out from the rest of the pack.
Cheers
NGB 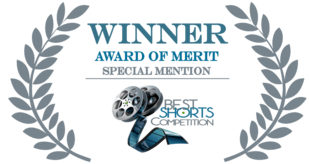 As you know, Killing Floor 2 is on PS4 and other platforms. It’s a brutal, fast-paced, co-op FPS that puts players into deadly battles with genetically engineered bioweapons using a host of wicked killing tools.

For those not familiar with the Killing Floor back-story, the original game began in the UK with players being thrust into the midst of an outbreak caused by genetically engineered creatures escaping from Horzine facilities. By the time of Killing Floor 2, the UK has been overrun and very few have escaped alive. After a brief respite, more outbreaks have launched in mainland Europe — such as “Burning Paris” – and the whole mass slaughter has kicked into a higher gear. 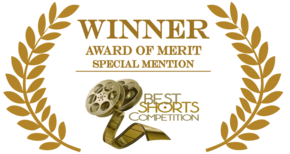 
Los Angeles, CA, July 2016 – Philip Michael, of famous work as Pepper in Mamma Mia alongside Meryl Streep and Christine Baranski, has won a prestigious Award of Merit from The Best Shorts Film Competition. The award was given for Philip Michael's exciting Action Thriller, Control, which was to showcase his dynamic physical ability and the potential of a new action franchise. Control features exceptional performances from Philip, and Christian Howard from Streetfighter Assassins fist, a marvelous storytelling with a unique storyline, lovely industrial locations in Belfast Northern Ireland and remarkable sound score that brings a mechanical grim atmosphere.

“It is as a mash-up between The Matrix and Shameless!" - N.G. Bristow

The Best Shorts Competition recognizes film, television, videography and new media professionals who demonstrate exceptional achievement in craft and creativity, and those who produce standout entertainment or contribute to profound social change. Entries are judged by highly qualified professionals in the film and television industry. Information about Best Shorts and a list of recent winners can be found at www.BestShorts.net.

In winning a Best Shorts Award, Philip Michal joins the ranks of other high-profile winners of this internationally respected award including The Weinstein Company for Market Hours, Disney Interactive for Vinlymation: A Love Story and Oscar winning production Mr. Hublot from Laurent Witz from Luxembourg. Rick Prickett, who chairs The Best Shorts Competition, had this to say about the latest winners, “Best Shorts is not an easy award to win. Entries are received from around the world from powerhouse companies to remarkable new talent. The Best Shorts Competition helps set the standard for craft and creativity. The judges were pleased with the exceptional high quality of entries. The goal of Best Shorts is to help winners achieve the recognition they deserve.” 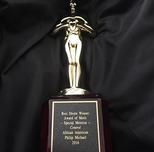